As Reid previously introduced in his An Intro to WebRTC’s NAT/Firewall Problem post, NAT traversal is often one the more mysterious areas of WebRTC for those without a VoIP background. When two endpoints/applications behind NAT wish to exchange media or data with each other, they use “hole punching” techniques in order to discover a direct communication path that goes from one peer to another through intervening NATs and routers but not traversing any relays. “Hole punching” techniques will fail if both hosts are behind certain types of NATs (e.g. symmetric NATs) or firewalls. In those cases, a direct communication path cannot be found and it’s necessary to use the services of an intermediate host that acts as a relay for the media or data packets, which typically sits on the public Internet. The TURN (Traversal Using Relays around Nat) protocol allows an endpoint (the TURN client) to request that a host (the TURN server) act as a relay. So far TURN, along with ICE and STUN, has seen little deployment. Now that it is a fundamental piece of WebRTC, it is gaining some momentum. In fact, at the IETF we’re now starting a new effort that will focus on enhancements to TURN/STUN that will be applicable to WebRTC deployments. This new effort is called TRAM (Turn Revised And Modernized), and we’re currently discussing its charter.

Today Chad and I had the chance to catch-up with Oleg Moskalenko, the guy behind the rfc5766-turn-server project: a widely used TURN and STUN server opensource implementation. Oleg is also an IETF contributor and in fact we have recently worked together on a proposal to provide restrictive firewall and HTTP-middlebox traversal for WebRTC (e.g. endpoints behind a corporate firewall or HTTP proxy that only allows HTTP traffic to pass through). Here is a summary of our conversation. 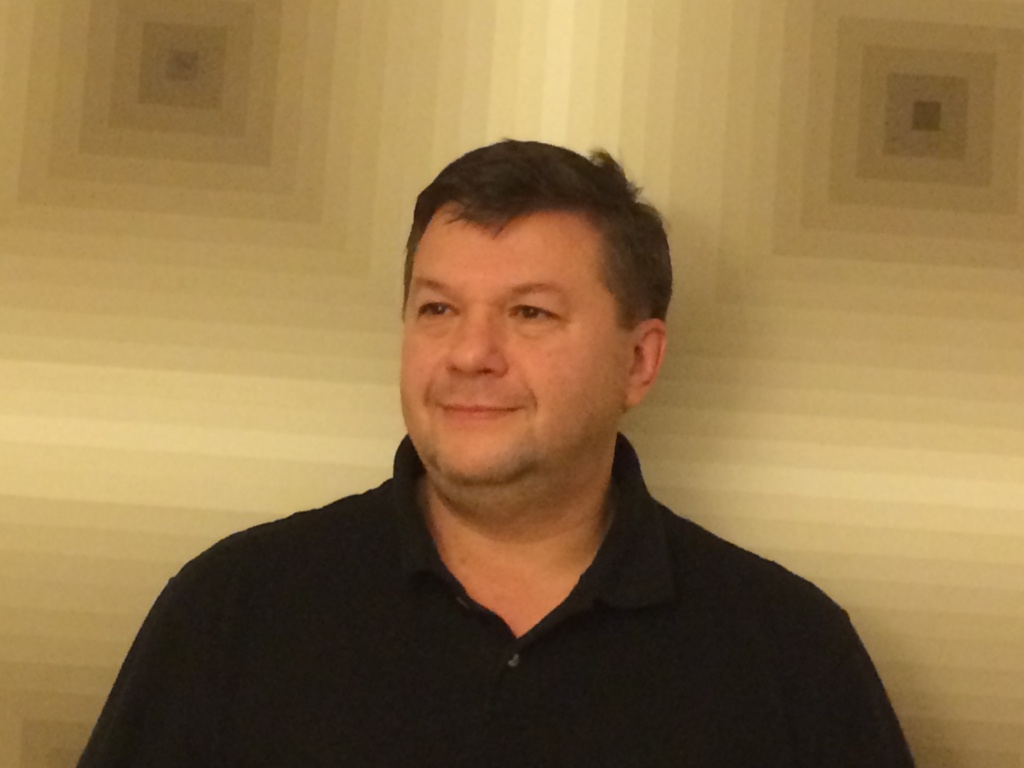 webrtcHacks: Why did you decide to make a TURN server?

Oleg: TURN server specs were originally designed to facilitate NAT traversal for RTP/RTCP media traffic, in “classic” VoIP solutions. In the recent years, TURN is expanding and becoming popular because it is a necessary part of the WebRTC infrastructure. TURN is changing from a relatively rare tool to an important part of a popular solution.

TURN is now used with different network protocols (UDP, TCP, TLS) and some applications are even using it as a solution for NAT traversal of general (non-media) traffic. But the main TURN application remains point-to-point connectivity for media in situations where making a direct connection between the peers is not possible. TURN serves as a media traffic re-translator.

webrtcHacks: Were the requirements to build a TURN server difficult? What were some of the main challenges you had to design for?

webrtcHacks: So how did you design rfc5766-turn-server to address these challenges?

Oleg: We designed our TURN server with all the above requirements in mind. There are several highlights-

Let me focus on the “general-purpose” POSIX  implementation. We assumed that off-the-shelf hardware and software would be used, but we still wanted to have a high-performance system. Therefore the system is designed to be inherently multi-threaded thereby utilizing the modern system architectures that maximize available CPUs power.

It absolutely must be portable across all popular POSIX platforms, even the the less popular ones. We are trying every obtainable *NIX environment, from Cygwin to Solaris and we are making it work.

We made it to be easily compilable, installable and configurable.

We decided to optimized it primarily for large systems which must serve large number of users.

And of course we needed to provide full, comprehensive documentation.

webrtcHacks: Was building this in a multi-threaded design difficult?

Oleg: We went through several versions of  the threading model.  Each model was tested hard and evolved into the next version. Our current threading model uses the best possible available options of the system used by the TURN server. It automatically discovers the type of the used system and applies the best possible threading option that matches the available sockets implementation. Depending on the system, it uses either thread-per-UDP-network-endpoint model, or multiple symmetrical threads handling all UDP end points – like in 3.9 and newer Linux systems. For TCP endpoints, we are always using a symmetrical, multi-threading model. In this multi-threaded model, a new session is assigned to a single thread (chosen in a round-robin manner) and stays within that thread for its lifetime. That allows optimal CPU utilization without unnecessary context switches.

webrtcHacks: your project is called rfc5766-turn-server – is it safe to assume it is fully RFC5766 compliant?

Oleg: We decided, from the very beginning, that we are going to support all TURN related specs, in full, and we have meticulously followed the specifications. We are even adding some experimental things which will become parts of the TURN standard only in future like, DTLS protocol support and SHA256 hash function.

webrtcHacks: You mentioned this was designed to be reliable for a large number of users? How can you be sure of its reliability?

Oleg: The tests that the server has to endure are really hard. Our findings from testing and analysis contribute to the great stability of the TURN server.

webrtcHacks: Do you have any performance benchmarks on this you can share? I.e – a typical shared Amazon instance can achieve X number of VP8 calls?

Oleg: That kind of performance is hard to measure. Slight difference in the load or network conditions or hardware will result in a very different outcome. Different video or audio codec will also affect the result significantly. So I am not making formal benchmark tests because I see only problems in publishing the results. Somebody would be able to tweak slightly the test and get 10 times better performance, no matter what. But I am pretty sure that we provide the best real performance.

webrtcHacks: Do you expect to be able to make significant performance improvements to the design in the future?

Oleg: I do not expect significant improvements in “vanilla” OS setup – we already are providing what is possible. If we can find time, or a sponsor, to develop a specialized version using kernel modules or user-space-stack,  then significant performance advancements are possible.
webrtcHacks: Can you mention any WebRTC services that use rfc5766-turn-server?
Oleg: I know for sure that several vendors on your list are using our project. Unfortunately I never discussed with them whether I can use their names so I would rather not mention them here. There are many.
webrtcHacks: Many WebRTC developers are worried about the cost of supporting TURN – do you have any recommendations on how they could help reduce these costs?
Oleg: That is a question more to IT guys. I am more worried about utilizing whatever performance is available. My personal recommendation is to use the most recent stable Linux kernel 3.9 or later, with higher-level Amazon AWS EC2 environment – multiple CPUs and the highest network throughput.

webrtcHacks: So is the project basically done? What else do you have planned?

Oleg: Of course, nothing is perfect and we are planning some significant improvements in the future including: webrtcHacks: How do you expect the TURN standard to evolve?

Oleg: The TURN standard – RFC 5766 – and related RFCs have been around for years and the folks are getting some news ideas how to improve it. Among others, the most prominent items are:

webrtcHacks: Where can our readers find more information about your project?

Oleg: The best place to go is our project page – http://code.google.com/p/rfc5766-turn-server/. We frequently update a Wiki and have a very active discussion group.