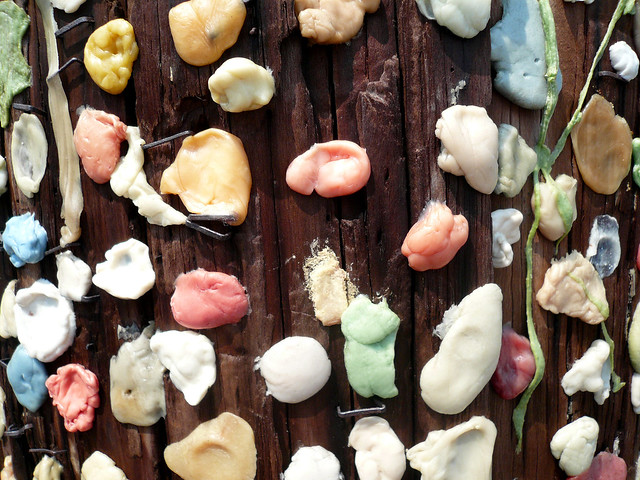 As discussed in previous posts, the mission of the W3C WebRTC WG is to define client-side APIs to enable Real-Time Communications in Web-browsers. At a very high-level overview, there are three main steps to be taken when setting up a WebRTC session:

The getUserMedia() method is generally used to obtain access to local devices and it requires user permission before accessing the device. In this post, John McLaughlin, Eamonn Power and Miguel Ponce de Leon from openRMC will be looking more closely at the getUserMedia() method, and how to deal with its outputs in order to give some meaningful feedback to the developer, and ultimately the end user. More concretely and quoting their own words:

We wanted to know what should and would happen, from the perspective of a JavaScript app, if a browser makes a getUserMedia request on a system where either the camera, mic or both are inactive or missing.

The getUserMedia() method is used to access media streams from media input devices such as webcams or microphones. The stream obtained can then either be used locally by passing it to a HTML <audio/> or <video/> tag, lending itself to many creative and fun applications such as photobooth, facial recognition, image processing etc. Additionally it can be attached to an RTCPeerConnection object and used to establish communications with another user. Figure 1 shows possible usage scenarios:

As an overview, getUserMedia() is called with up to three parameters:

Altough the callbacks are optional in the spec, in practice at the very least the successCallback is required, as this is the only way to access the MediaStream object. As we shall see, providing the error callback is also beneficial

So what happens if you call getUserMedia() and ask for a media stream but there’s no device present to support it? Shouldn’t the error callback get called with a nice informative error telling you what happened so you can pass it on to the end user? Well, yes to the first part, but the error information bit leaves a lot to be desired.

From the official perspective, at the time of writing, this is what the spec says should be passed into the error callback:

This is subject to constant change (and getUserMedia is generally considered the most stable of the APIs!), as can be seen by prior versions of the spec:

So let’s look at what actually happens in various browsers when we remove or disable the audio and video input devices.

To be fair to Chrome, the samples above do conform to the earlier specs, and would reflect what was current when that version of Chrome was in its Canary incarnation. In order to keep up to date on such changes it’s worth subscribing to the Discuss-WebRTC mailing list as posts like this give you a heads up on API changes.

Informative in a sense, though what device(s) weren’t found? Nor does it bear the slightest resemblance to any version of the spec.

Making sense of it all

Fortunately depsite the lack of granularity in the error responses returned by getUserMedia(), with a little forensic work it is possible to derive a better picture of the WebRTC media capabilities of the host browser.

We make use of the adapter.js shim from the Google WebRTC reference app. We have made a modification to this as the latest version at the time of writing, r4259, didn’t have Firefox support for the getAudioTracks() and getVideoTracks() methods of MediaStream (Firefox has only gained support for these methods as of version 23)

We have wrapped the native getUserMedia() call in an API openrmc.webrtc.api.getUserMedia(spec) where spec has the following attributes:

The success and failure callbacks both take a parameter of type openrmc.webrtc.Context, of which more later.

Firstly what sort of errors are we interested in? Since we primarily want to establish the lack of presence of some media device, we came up with the following error set:

The first two are straightforward. NOT_SUPPORTED is raised when getUserMedia() is called on a browser that doesn’t support WebRTC. CONSTRAINTS_REQUIRED will be raised if getUserMedia() would be called with both audio, and video attributes set to false. This would result in an error anyway, and isn’t allowed.

AUDIO_NOT_AVAILABLE, VIDEO_NOT_AVAILABLE, and AV_NOT_AVAILABLE are fairly self-explanatory and are raised if any stream of a certain type has been requested, but isn’t available. Which one is determined by checking the returned error and what resources are requested. A getError() helper method is defined based on the detected browser.

These are hard errors and are raised as a result of the native getUserMedia() failing, i.e. none of the requested media constraints could be satisfied. The native getUserMedia() will succeed if say audio and video are requested, but only audio is available. In this case, the returned openrmc.webrtc.Context can give more information to the application developer which can be used to inform the end user.

The presence of audio and video tracks is determined by the getAudioTracks() and getVideoTracks() methods on MediaStream – in both cases true is returned if and only if the MediaStream object is present, and the relevant getXXXTracks() method returns an array with one or more entries.

We have made a simple web application available where you can try it for out yourself here. To try it, go to the page and click the "Call getUserMedia" button. Try various combinations with the webcam and/or mic disabled. An error or stream status will be reported when the call returns.

The source can also be viewed and downloaded from here. It does need to be served by a web server of some sort – simply accessing the page by a file:// URL won’t work.

It’s important to give the end user an informative message when things go wrong when initialising a WebRTC session and hopefully you can see that this approach along with the code snippets gives a developer the possibility to derive a better picture of the WebRTC media capabilities of the host browser.

The results here should be taken as a snapshot reflecting the state of play for getUserMedia() at the time of writing. As can be seen above, the API is still fluid, and could change several times before being set in stone. It is also possible that Microsoft and Apple will come to the party and add support of some sort to Internet Explorer and Safari, which will change the picture again.

The code presented here is also reasonably simplified, as it doesn’t take into account the more complex forms of mediaConstraints that can be passed to getUserMedia(). Adapting the code to take account of those should be quite straightforward however, and for the purposes of example simpler is often better.