WebRTC and Man in the Middle Attacks

WebRTC is supposed to be secure. A lot more than previous VoIP standards. It isn’t because it uses any special new mechanism, but rather because it takes it seriously and mandates it for all sessions.

Alan Johnston decided to take WebRTC for a MitM spin – checking how easy is it to devise a man-in-the-middle attack on a naive implementation. This should be a reminder to all of us that while WebRTC may take care of security, we should secure our signaling path and the application as well. 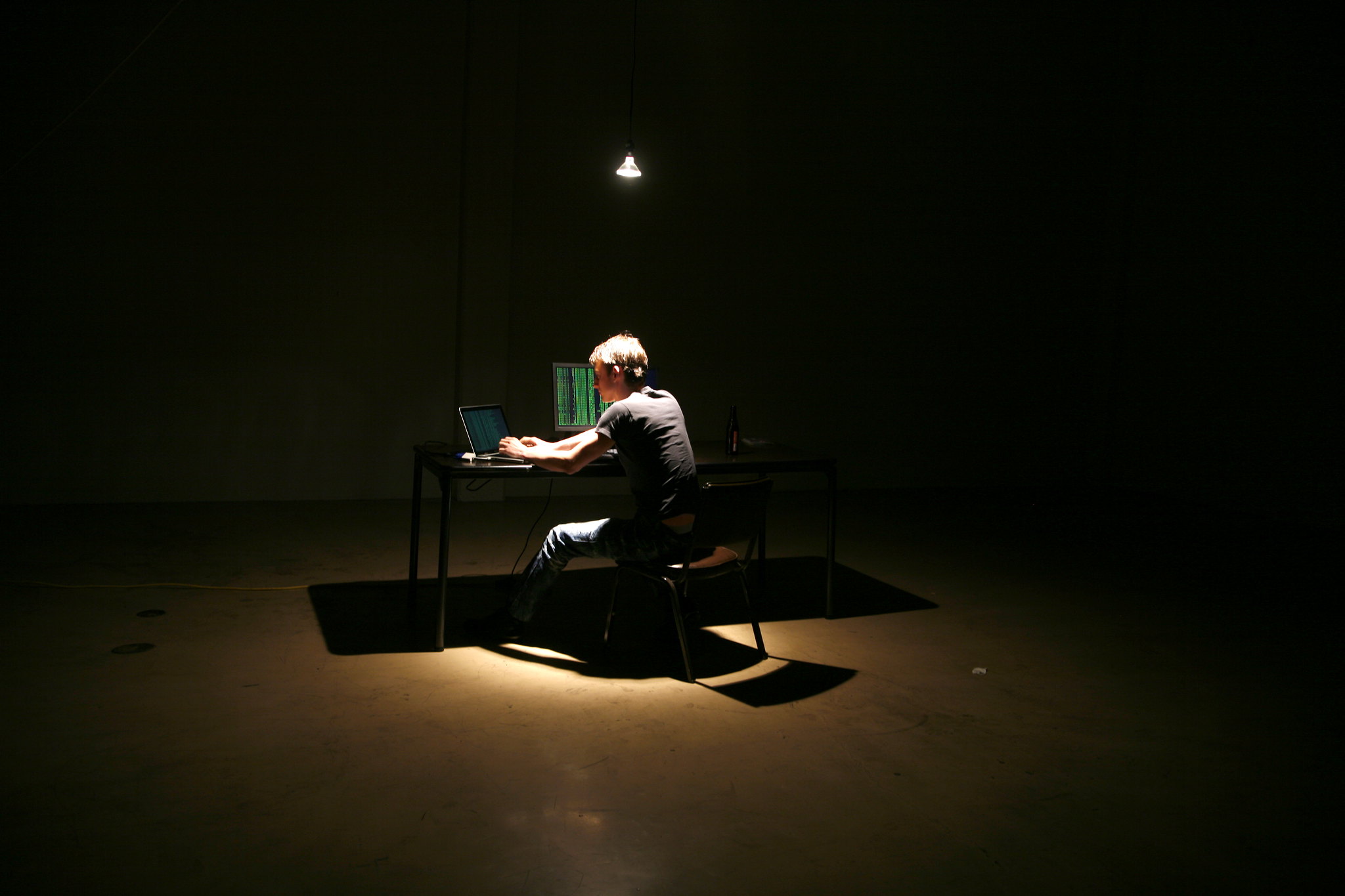 Earlier this year, I was invited to teach a graduate class on WebRTC at IIT, the Illinois Institute of Technology in Chicago.  Many of you are probably familiar with IIT because of the excellent Real-Time Communications (RTC) Conference (http://www.rtc-conference.com/) that has been hosted at IIT for the past ten years.

I’ve taught a class on SIP and RTC at Washington University in St. Louis for many years, but I was very excited to teach a class on WebRTC.  One of the key challenges in teaching is to come up with ways to make the important concepts come alive for your students.  Trying to make security more interesting for my students led me to write my first novel, Counting from Zero, a technothriller that introduces concepts in computer and Internet security (https://countingfromzero.net).  For this new WebRTC class, I decided that when I lectured about security, I would – without any warning – launch a man-in-the-middle (MitM) attack (https://en.wikipedia.org/wiki/Man-in-the-middle_attack) on my students.

It turned out the be surprisingly easy to do, for two reasons.

So, a few weeks later, I had a WebRTC MitM attack ready to launch on my students that neither Chrome or Firefox could detect.

How did it work?  Very simple.  First, I compromised the signaling server.  I taught the class using the simple demo application from the WebRTC book (http://webrtcbook.com) that I wrote with Dan Burnett.  (You can try the app with a friend at http://demo.webrtcbook.com:5001/data.html?turnuri=1.)  The demo app uses a simple HTTP polling signaling server that matches up two users that enter the same key and allows them to exchange SDP offers and answers.

I compromised the signaling server so that when I entered a key using my MitM JavaScript application, instead of the signaling server connecting the users who entered that key, those users would instead be connected to me.  When one of the users called the other, establishing a new WebRTC Peer Connection, I would actually receive the SDP offer, and I would answer it, and then create a new Peer Connection to the other user, sending them my SDP offer.  The net result was two Peer Connections instead of one, and both terminated on my MitM JavaScript application.  My application performs the SDP offer/answer negotiation and the DTLS Handshake with each of the users.  Each of the Peer Connections was considered fully authenticated by both browsers.  Unfortunately, the Peer Connections were fully authenticated to the MitM attacker, i.e. me.

Here’s how things look with no MitM attacker:

Here’s how things look with a MitM attacker who acts as a man-in-the-middle to both the signaling channel and DTLS:

How hard was it to write this code?  Really easy.  I just had to duplicate much of the code so that instead of one signaling channel, my MitM JavaScript had two.  Instead of one Peer Connection, there were two.  All I had to do was take the MediaStream I received incoming over one Peer Connection and attach it to the other Peer Connection as outgoing, and I was done.  Well, almost.  It turns out that Firefox doesn’t currently support this yet (but I’m sure it will one of these days) and Chrome has a bug in their audio stack so that the audio does not make it from one Peer Connection to another (see bug report https://code.google.com/p/webrtc/issues/detail?id=2192#c15).  I tried every workaround I could think of, including cloning, but no success.  If anyone has a clever workaround for this bug, I’d love to hear about it.  But the video does work, and in the classroom, my students didn’t even notice that the MitM call had no audio.  They were too busy being astonished that after setting up their “secure WebRTC call” (we even used HTTPS which gave the green padlock – of course, this had no effect on the attack but showed even more clearly how clueless DTLS and the browsers were), I showed them my browser screen which had both of their video streams.

When I tweeted about this last month, I received lots of questions, some asking if I had disclosed this new vulnerability.  I answered that I had not, because it was not an exploit and was not anything new.  Everyone involved in designing WebRTC security was well aware of this situation.  This is WebRTC working as designed – believe it or not.

So how did we get here?  Doesn’t TLS and DTLS have protection against MitM attacks?

Well, TLS as used in web browsing uses a certificate from the web server issued by a CA that can be verified and authenticated.  On the other hand, WebRTC uses self-signed certificates that can’t be verified or authenticated.  See below for examples of self-signed certificates used by DTLS in WebRTC from Chrome and Firefox.  I extracted these using Wireshark and displayed them on my Mac.  As you can see, there is nothing to verify.  As such, the DTLS-SRTP key agreement is vulnerable to an active MitM attack. The original design of DTLS-SRTP relied on exchanging fingerprints (essentially a SHA-256 hash of the certificate, e.g. a=fingerprint:sha-256 C7:4A:8A:12:F8:68:9B:A8:2A:95:C9:5E:7A:2A:CE:64:3D:0A:95:8E:E9:93:AA:81:00:97:CE:33:C3:91:50:DB) in the SIP SDP offer/answer exchange, and then verifying that the certificates used in the DTLS Handshake matched the certificates in the SDP.  Of course, this assumes no MitM is present in the SIP signaling path.   The protection against a MitM in signaling recommended by DTLS-SRTP is to use RFC 4474 SIP Enhanced Identity for integrity protection of the SDP in the offer/answer exchange.  Unfortunately, there were major problems with RFC 4474 when it came to deployment, and the STIR Working Group in the IETF (https://tools.ietf.org/wg/stir/) is currently trying to fix these problems.  For now, there is no SIP Enhanced Identity and no protection against a MitM when DTLS-SRTP is used with SIP.   Of course, WebRTC doesn’t mandate SIP or any signaling protocol, so even this approach is not available.

For WebRTC, a new identity mechanism, known as Identity Provider, is currently proposed (https://tools.ietf.org/html/draft-ietf-rtcweb-security-arch).  I will hold off on an analysis of this protocol for now, as it is still under development in an Internet-Draft, and is also not available yet.  Firefox Nightly has some implementation, but I’m not aware of any Identity Service Providers, either real or test, that can be used to try it out yet.  I do have serious concerns about this approach, but that is a topic for another day.

So are we out of luck with MitM protection for WebRTC for now?  Fortunately, we aren’t.

There is a security protocol for real-time communications which was designed with protection against MitM – it is ZRTP (https://tools.ietf.org/html/rfc6189) invented by Phil Zimmermann, the inventor of PGP.   ZRTP was designed to not rely on and not trust the signaling channel, and uses a variety of techniques to protect against MitM attacks.

Two years ago, I described how ZRTP, implemented in JavaScript and run over a WebRTC data channel, could be used to provide WebRTC the MitM protection it currently lacks (https://tools.ietf.org/html/draft-johnston-rtcweb-zrtp).  During TADHack 2015(http://tadhack.com/2015/), if my team sacrifices enough sleep and drinks enough coffee, we hope to have running code to show how ZRTP can detect exactly this MitM attack.

But that also is a subject for another post…