There are a lot of notable exceptions, but most WebRTC developers start with the web because well, Web RTC does start with web and development is much easier there. Market realities tells a very different story – there is more traffic on mobile than desktop and this trend is not going to change. So the next phase in most WebRTC deployments is inevitably figuring out how to support mobile. Unfortunately for WebRTC that has often meant finding the relatively rare native iOS and Android developer.

The team at eFace2Face decided to take a different route and build a hybrid plugin. Hybrid apps allows web developers to use their HTML, CSS, and JavaScript skills to build native mobile apps. They also open sourced the project and verified its functionality with the webrtc.org AppRTC reference. We asked them to give us some background on hybrid apps and to walk us through their project.

When deciding how to create a mobile application using WebRTC there is no obvious choice. There are several items that should be taken into consideration when faced with this difficult decision, like the existence of previous code base, the expertise, amount of resources and knowledge available. Maintenance and support are also a very important factors given the fragmentation of the mobile environment.

At eFace2Face we wanted to  extend our service to mobile devices.  We decided to choose our own path- exploring and filling in the gaps (developing new tools when needed) in order to create the solution that fitted us best.This post shares some of the knowledge and expertise we gained the hard way while doing so. We hope you find it useful!

There are two main approaches on how hybrid apps are built:

Creating Hybrid HTML5 app is the most extensive alternative and the one we prefer because it uses web specific technologies. You can get a deeper overview about native vs. HTML5 (and hybrid applications) in a recent blog post at Android Authority.

From our point of view, a typical WebRTC application is not really graphic-intensive (i.e. it is not, for instance, a game with lots of animations and 3D effects). Most of the complex processes are done internally by the browser, not in JavaScript, so a graphical UX interface should be perfectly doable on a hybrid application and run without any significant perceptible slowdown. Instagram is a good example of a well-known hybrid app that uses web technologies in at least some of its components.

Native support in Android and iOS is a bit discouraging. Apple do not support it at all, and has no public information about when are they going to do so, if they decide to support it at all. On Android, the native WebView supported WebRTC starting in version 4.4 (but be cautious as it is based on Chromium 36) then in 5.0 and onwards. 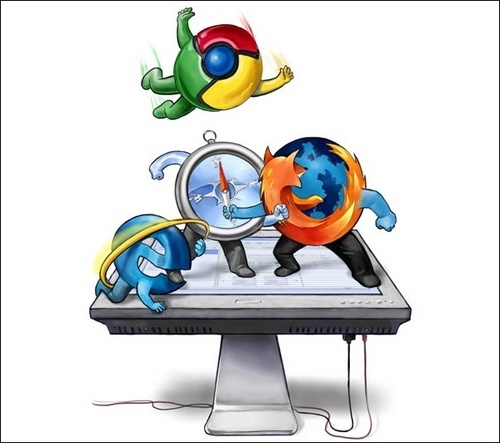 Note that there are no “native WebRTC” APIs on Android or iOS yet, so you will have to use Google’s WebRTC library. Justin Uberti (@juberti) provides a very nice overview of how to do this (go here to see the slides).

Let’s take a look at the conclusions of our research.

In Android, using the native WebView seems like a good approach; in fact we used it during our first attempt to create our application. But then we decided to switch to Intel’s Crosswalk, which includes what’s best described as a “full Chrome browser”. It actually allows us to use a fully updated version of native Chromium instead of WebView.

These were our reasons for choosing Crosswalk:

An advanced reader could think: “Ok, this is cool but I need to use different console clients (Cordova and Crosswalk) to generate my project, and I don’t like the idea of that.” You’re right, it would be a hassle, but we also found another trick here. This project allows us to add Crosswalk support to a Cordova project; it uses a new Cordova feature to provide different engines like any other plugin. This way we don’t need to have different baselines in the source code.

As explained before, there are frameworks that provide hybrid applications with the device functionality code via plugins. You can use them in your JavaScript code but they are implemented using native code. So, it should be possible to add the missing WebRTC JavaScript APIs.

There are several options available, but most of them provide custom APIs or are tightly coupled with some proprietary signaling from a service provider. That’s the reason that we released an open source WebRTC Cordova plugin for iOS.

The plugin is built on top of Google’s native WebRTC code and exposes the W3C WebRTC APIs. Also, as it is a Cordova plugin, it allows you to have the same Cordova application running on Android with Crosswalk, and on iOS with the WebRTC plugin. And both of them reuse all of the code base you are already using for your web application.

Show me the code!

“Yes, I have heard this already”, you might say, so let’s get some hands-on experience. In order to demonstrate that it’s trivial to reuse your current code and have your mobile application running in a matter of days (if not hours), we decided to take Google’s AppRTC HTML5 application and create a mobile application using the very same source code.

You can find the iOS code on github, Here are the steps required to get everything we’re talking about working in minutes: We needed to make some minor changes in order to make it work properly in the Cordova environment. Each of these changes didn’t require more than a couple of js/html/css lines:

Deciding whether to go hybrid or native for your WebRTC app is up to you. It depends on the kind of resources and relevant experience your company has, the kind of application that you want to implement, and the existing codebase and infrastructure you already have in place. The good news is our results show that using WebRTC is not a key factor in this decision, and you can have the mobile app version of your WebRTC web service ready in much less time than you probably expected.